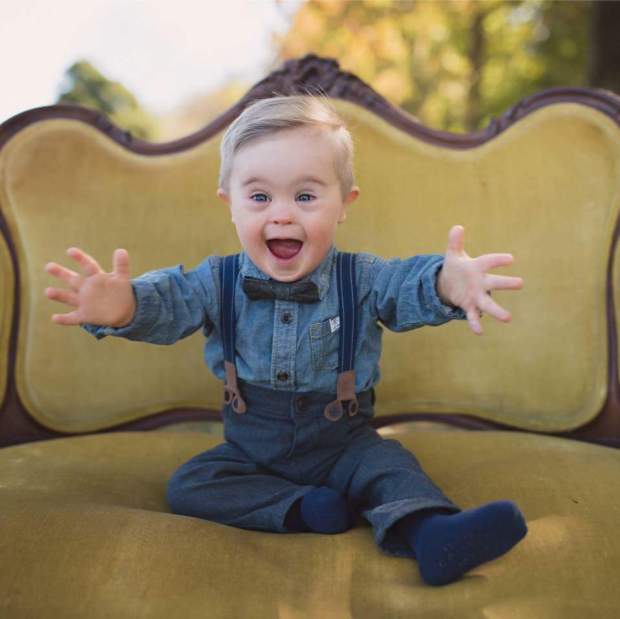 I’m sure you all remember a few years back, when little baby Asher took the internet by storm. I know I certainly do. Our blog was in the beginning stages and River hadn’t long been diagnosed with Downs syndrome, when this beautiful little boy kept popping up on my screen. He was just mesmerizing, and the world just fell in love with him. Well its 3 years later and I’ve been lucky enough to talk with his Mama, to find out all about the Oshkosh story and what Asher is up to right now. 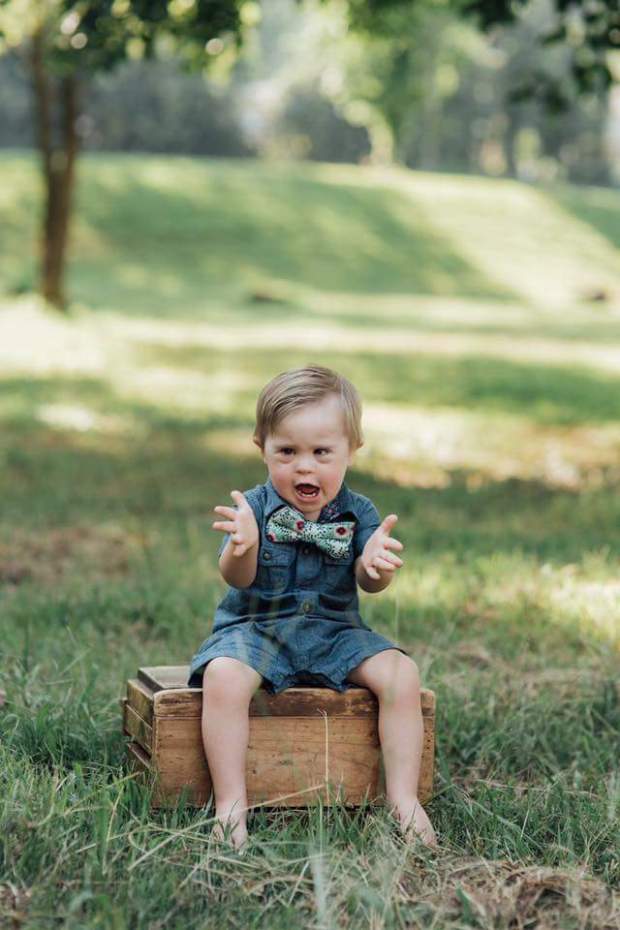 1. Hi Meagan, it’s so lovely to talk to you and hear your story. I’d love to start out by hearing how this all began for you.

Not many people actually realise that Asher was the first model with Down syndrome that Oshkosh ever used. He had a huge impact on the way people with learning disabilities are having more and more opportunities within todays advertisements!
Shortly after Asher’s first birthday, we were trying t submit him for castings from a local online agent. After submitting him for a Carters casting, we were informed that they wouldn’t be using him as they hadn’t specified that they were looking for a child with special needs. Well they hadn’t specified they weren’t either, so I questioned it. When the agency clarified that Carters hadn’t specifically said they didn’t want a child with special needs, we agreed that Asher had in fact met the criteria they had asked for. At that point it was agreed that he would always be submitted unless it was there in black and white that they didn’t want a child with Down syndrome.
It was this incident that got me thinking of how many other brands and agencies were doing the same thing. Not submitting children who only didn’t meet a criteria because they had special needs! I decided to do some research and came across an organization called Changing the Face of Beauty. Their goal I to companies to value children with disabilities as consumers in the advertisements. Exactly the same beliefs as me! They have made waves in the industry, and their list of brands that partner with them continues to grow and grow. They encourage families to share pictures on social media and tag brands that are not yet using kids with disabilities.

This is where I jumped on the band wagon. I chose Oshkosh as their headquarters is so close to wear we live, and I followed by posting a photo of Asher online and tagging them. And that’s where it all started! Asher went viral, we have published articles, been on the news, contacted by media publishing companies and were then contacted by Oshkosh themselves. They wanted to meet Asher! Not only that they wanted to feature him in their Spring/Summer collection and another upcoming holiday ad. The rest as they as they say is history. 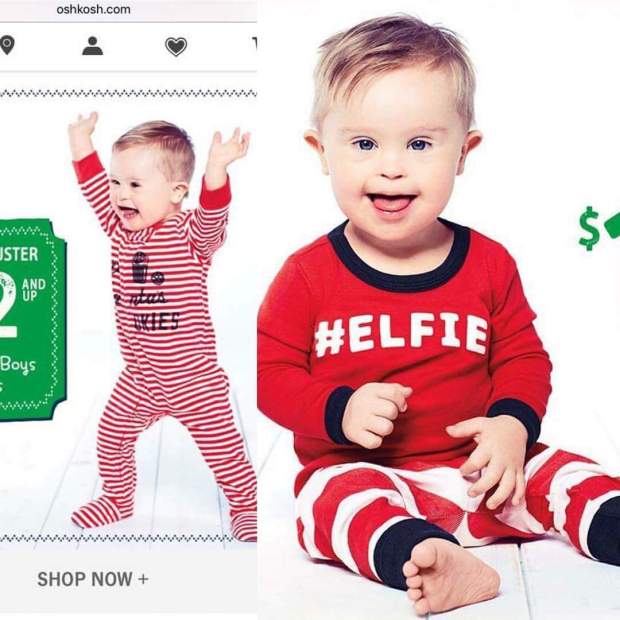 2. Asher’s personality shines through his pictures, but can you tell us a little bit about the little boy behind that smile?

Asher is an amazing child, who was literally born smiling. Here is so much negativity in the world, but he always chooses to be positive and show his happiness as much as possible. He is the most bubbly and outgoing toddler I have ever met! Not to mention he’s a ham in front of the camera. He just loves having his picture taken!
He loves cars, planes, trains and lego and play with them for hours. And get him in front of a mirror and he grins from ear to ear. 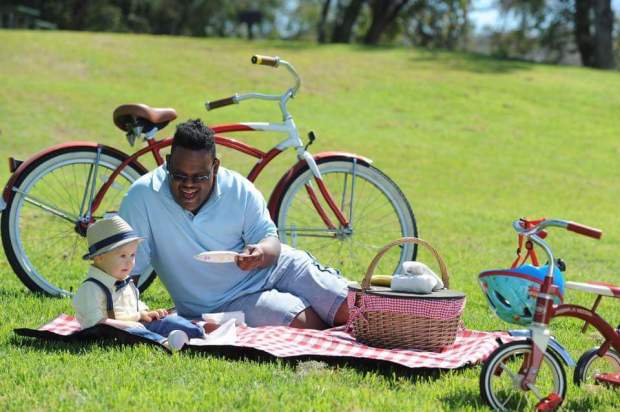 3. Its so helpful to other Mum’s to hear different birth stories. Can you share yours with us please?
We found out that Asher would have Down syndrome when I was 12 weeks pregnant, through the Harmony test. I went through a roller coaster of emotions, but more than anything I just wanted to be prepared.
I can honestly say that the birth itself went very smoothly! Asher was born by scheduled C section and the staff were incredible, with the staff all sneaking in to gush over him when they weren’t supposed to. I still have very good relationships with the nurses and lactation consultant 3 years later! Our experience really was a positive one. 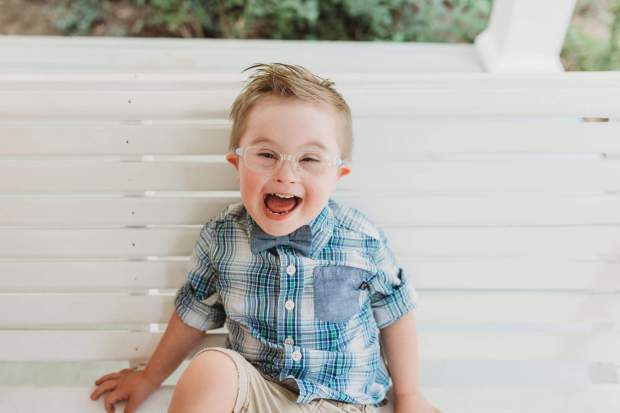 4. I know just like River, Asher started school recently. How is it going?

Asher started in a special needs Pre-K programme just 3 weeks ago! I never once imagined that he would start school so young, but he is so ready. I was filled with so many emotions on the first day I walked him in. There was worry and stress, but along with the normal nervous Mom feelings there’s an added worry that only certain Moms feel.
My son is a social butterfly, so I knew he would make friends and love his time at school. But what scared me was the fact he is basically non verbal at 3 yrs old and communicates through gestures and very few signs. He may have 10-15 words, but he doesn’t always use them, so I sick to my stomach wondering how he would tell his teachers if he needed something. What if he was thirsty, or had a headache or needed a hug?
Thankfully, the minute we walked him into the classroom I just knew we had made the right decision. He ran right over to the toys and looked back at me with the biggest smile. Now I know this school thing won’t always be easy, but I’m just so happy his transition went as smoothly as it did. We are so lucky to have such an amazing programme available to us and I can’t wait to see how far he comes this year. 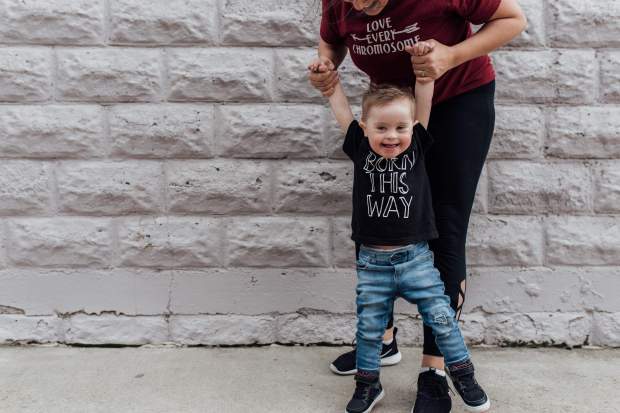 5. Let’s talk siblings. What is Asher’s relationship like with his older sister?

Addison is his older sister by 7 years, and from very early on I was concerned for how she would feel, mainly as she’d been an only child for so long. But when Asher became ‘famous’ the jealous got pretty intense. She would tell me hoe lucky he was to have Down syndrome as he was the only one that everyone loved. It amazed me at the time that she saw the Ds as such a positive, yet the attention he had was causing her pain. Thankfully, it only took a few weeks and she realized we loved her just the same and she started to come around!
Today they are best friends and they are as thick as thieves. She’s actually taken part in some filming projects with him for the A&E Network and Toys r Us, which made her a very happy sister, and she focuses really hard spreading awareness for Down syndrome. I’m so proud of the little advocate she is becoming.

6. How has life changed for you since having a child with Down syndrome?

I see the world differently now, with Asher teaching me to appreciate the little in life and I am forever grateful for that. Both of my children have changed my life for the better, because I have so much purpose with them in it!
Every day I run around like crazy between school, therapies, doctors appointments, photoshoots and cheerleading, but I wouldn’t change a thing.

7. Let’s keep it real. Are there any real problems or struggles you have faced so far in your journey?

Medically we didn’t really face any difficulties when Asher was born, however at firt my emotions were all over the place. Of course that’s to be expected just after giving birth, but there was also the fear of the unknown.
Today my difficulties are pretty similar to any other parent out there, raising a typical child or one with additional needs. I am always tired, never get enough coffee, yet at the end of the day I am one very loved and blessed Mama. 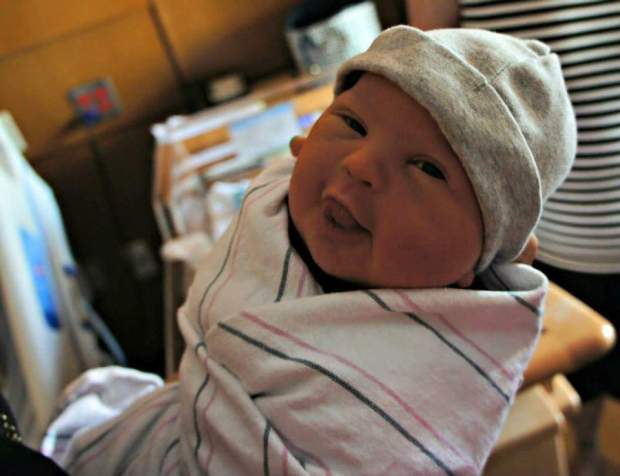 8. And finally, if you could say anything to a new parent who has recently learnt that their child has Downs syndrome, what would it be?

I would want to say to any parent who is in the same position as me, you can do this! Don’t let the negatives get you down because there will always be negatives in this world. It is our job as parents to these amazing kids to show the world the positives. And there are many. You will see in time that our children can do anything they set their minds to and they will show that to society. Never give up on them, as together you can change the world. 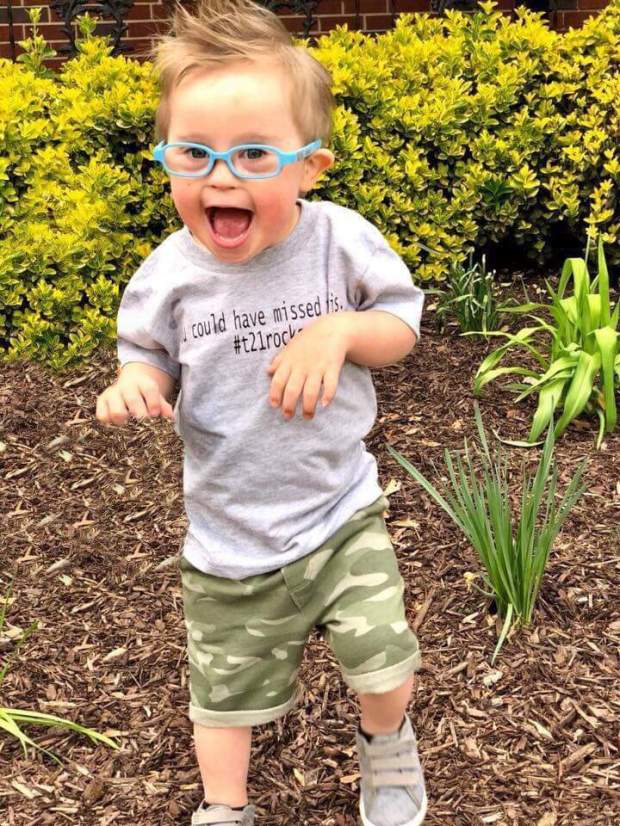 It has been so lovely to hear more about Asher. After seeing so much of his gorgeous face over the internet when he went viral, it’s great to learn a bit about his life too. Its children like him and parents like his sharing their lives with the world, that is helping change society and creating more opportunities for people with Down syndrome.
Asher undoubtably has a bright future ahead of him and with lots of projects coming up, watch this space. It’s just a shame he lives so far away as it seems like him and River have a lot in common and could have been great friends!

You can find Asher for yourself all over social media, click on these links for Facebook and Insta to go check him out!