Before I had kids, if you had told me I’d become obsessed with poo my face would have said it all. Not happening. Well, it did happen, massively so! Honestly, there was a point where poo was the main focus of my life and it was a problem for at least a year.

When my first son was born I had the usual kind of poo drama. You know what I mean mums (and dads – sorry!), the too hard, too runny, too often, not often enough, too yellow, too black, too green, too explosive kind of drama.  Well River was born, and it went up to a whole other level. River’s poo literally took over my life, or should I say his lack of poo! The poor little guy just couldn’t go, and all joking aside it was an awful time for everyone, but mostly him. I hear of mothers all the time facing the same thing, so I wanted to write this to try and offer some support and advice.

Before I go any further, please, please, please seek medical advice if you’re really worried. Constipation is really common in people with Down syndrome and in most cases relates to lack of mobility, low muscle tone and diet. But in some cases it can be something more serious and it is essential that you rule out things like Hirchprungs disease and bowel obstructions. It can also be a symptom of hypothyroidism and coeliac disease, so be sure to get these checked out before you try tackling things yourself.

I never wanted to medicate River for his constipation. Actually, I’ll rephrase that as it makes me sound like I’m against it, and I most definitely as not. It can be wonderfully helpful, but I just wanted to try and make changes to his lifestyle and tackle it naturally before I went down that route. I wanted to be 100% sure that he actually needed the medication and that I had tried everything else first. It worked to, because after we made these changes River was like a different child. It took about 2 weeks for it to be noticeable, but the change in him was incredible.  I couldn’t quite believe it and it was such a relief for me ( And quite literally a relief for him haha).

The Changes we Made

No Dairy and Gluten

This one scares people, with a lot thinking it’s just too difficult to cut them out completely. I promise you, it’s so worth it as the difference it made was massive. River is breastfed, so I had to cut it out of my diet completely as well as him. I never thought it would be possible as I’m a total cheese and bread addict! But I did it and it didn’t take long for it to feel completely normal. I didn’t even miss it after a while and even now I keep my intake really low as it makes me feel so much healthier.

After a year of eating none at all, we slowly started to re-introduce dairy and gluten to River in small amounts. He was moving around more and I was sure his stomach muscles were stronger. He has tolerated it so well, and although we still keep him on a low dairy/gluten diet, he manages to tolerate everything he eats.

Insufficient fluid intake plays a massive part in constipation for your baby, so definitely try and get that water into them. Due to low muscle tone, stools pass less frequently, therefore losing a lot of water and become painful to pass. As much water as you possible can give, give it. Even now, I know straight away if River hasn’t drank enough water as he goes less frequently and is restless through the night.

One tip – River never accepted room temperature water, but if it was really cold he loved it and would drink loads. He also loves chilled peppermint tea which helps his digestive system and the water from boiled prunes. But it has to be cold!

He also wouldn’t drink from a bottle or sippy cup, so we always used a real cup. We’d just tip it into his mouth, and as he developed he would hold it himself. It meant he could use a cup pretty early, but we have to be super fast as he’s extremely fond of tipping it out!

On the topic of water, warm baths were really comforting for him to. We’d often just fill up a warm bath and let him have splash and kick about, and then a nice massage after could help get things going. And swimming! He’d always manage to go after we went swimming, still does actually. Every, single, time! 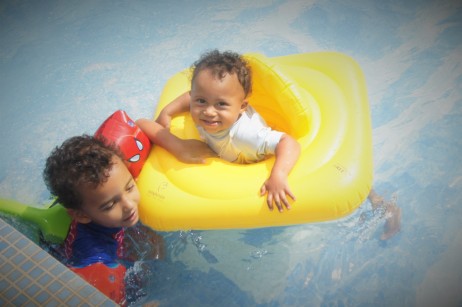 I just love essential oils! I use them for all sorts of things, but in particular they helped with River’s digestion issues. Please make sure you are careful, as if not used correctly they can do more harm than good. It’s worth reading up or even getting expert advice before you use them. Also, you want to make sure you are using pure oil, some will claim to be but will actually be mixed with a carrier. Basically, if it’s cheap it just won’t be as good, you get what you pay for with oils. We always use Doterra, they are pricey, but they last for so long and are top quality.

We use peppermint, lemon and fennel oil mixed with coconut oil, and we massage it into River’s belly at every nappy change. I swear by it! But like I say, please be careful as when not used correctly essential oils can be very dangerous, especially for children. I really do recommend talking to someone who knows more about it as I am in no way an expert. 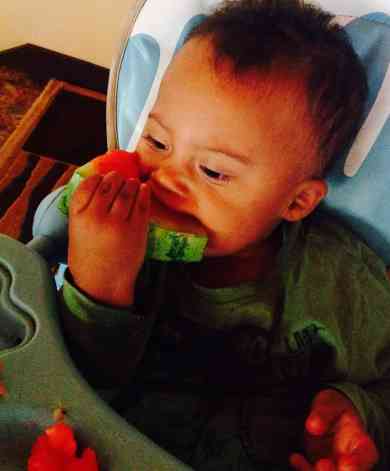 Playing around with River’s diet also helped him a lot. There were certain things we had to cut out that I never would have even considered being a problem, but when we did remove he became much more comfortable.

Foods that helped – watermelon, courgettes, pear, boiled prunes, papaya, mango. Also, coconut oil is hugely beneficial, as a small baby he had a teaspoon and now we add a tablespoon daily to his food.

(To much info, but you’ll love me for it – we also would put some oil on a cotton bud and rub it around his anus and very gently slightly inside. It really helps to get things moving!)

River also suffered really bad gas, that baby could fart like a man! I noticed that if I ate chickpeas he became extra squirmy and had extra bad gas, so if you eat a lot of hoummous it’s worth trying to limit that to and see if it makes a difference. Same goes for any kind of beans and lentils.

Hope you can find some ‘relief’

Every child is different, and some of these things will work for you and some of them won’t. I really hope they all do like they did for me! And I’m not a doctor, I have no medical training and am only telling you the things that have personally worked for me. I really do hope you find it useful as I know what you are going through, I know how tough it really is. River is now a toddler, and as long as we make sure he drinks a lot of water he is totally fine. I’m sure the fact that he is more mobile and has a much stronger digestive system is a huge factor in that, so rest assured that over time it will get better.

River can now crap with the best of them (his fav place being in the bath!), and for a mother who saw her son in so much pain, it’s a beautiful, beautiful thing!!!